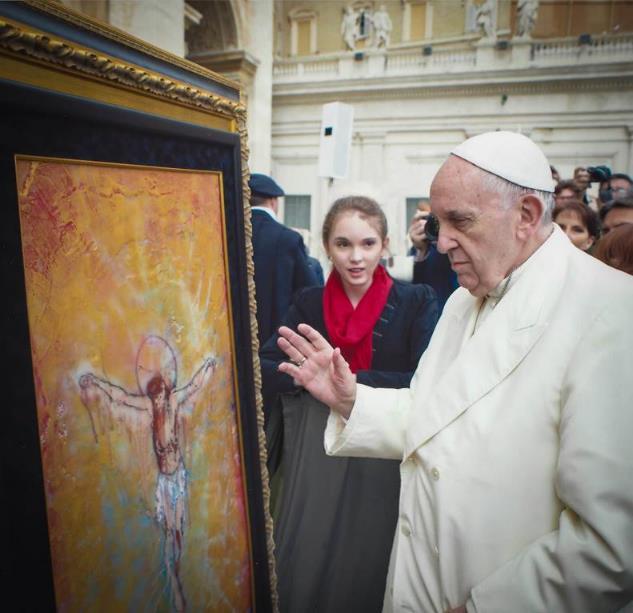 She’s been called “one of the most important artists of her generation” by the Walt Disney Company and “a creative genius” by the Discovery Channel.  Ocean Galleries is delighted to welcome back the incredible Autumn de Forest, who held her first solo exhibition at the Stone Harbor gallery in 2011. “Autumn de Forest: The Journey Continues” will be at the Stone Harbor location of Ocean Galleries beginning Friday, August 5 through Monday, August 7, 2016, with all artwork available for acquisition.

Often described as a child prodigy, the talented 14 -year-old artist made history this spring as the youngest painter to ever have a solo museum exhibition when her works were displayed at the Butler Institute of American Art (Butler, PA).

Autumn de Forest has been a professional painter for more than half her young life and has had an incredible journey.  Her wide-ranging projects have included a line of Converse Chuck Taylor All Stars™ (sold exclusively at Nordstrom stores nationwide) and being honored by the Vatican for her creativity, humanitarianism, and charitable works.  This past year, Autumn was extended a private audience with Pope Francis, where she presented him with her painting “Resurrection”, which now resides in the Vatican.

The multitalented and poised young artist has commissioned six-figure works of art and has garnered national and international acclaim for her imaginative artwork.  Her artistic style has been compared to iconic abstract painters including Andy Warhol, Jackson Pollock, and Pablo Picasso.  Autumn’s exhibition at Ocean Galleries will feature a collection of all new artwork, many of which were created specifically for the show.

Guests will have the opportunity to meet Autumn de Forest during gallery receptions from 6:00 PM until 10:00 PM on Friday, August 5 and Saturday, August 6, and from 1:00 PM until 4:00 PM on Sunday, August 7.