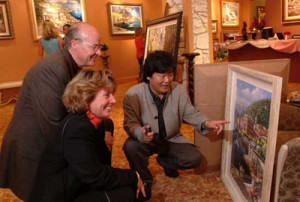 S. Sam Park at Ocean Galleries, Stone Harbor and Avalon, New Jersey This past summer Ocean Galleries was privileged to have world-renowned artists S. Sam Park, Hessam Abrishami, and, for the fourth year in a row, Peter Max as honored guests. Folks from around the Delaware Valley and beyond came to meet their favorite artist, observe their latest pieces, and learn about their techniques in an unpretentious and entertaining atmosphere. 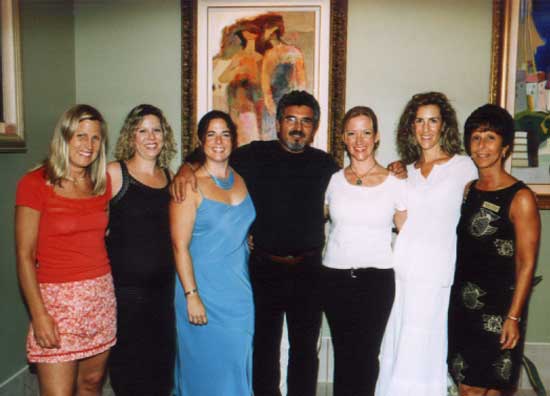 The gallery staff is all smiles during our Hessam show. – July 2003 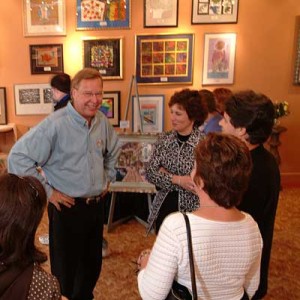 Howard Behrens: “A Tribute to Monet” 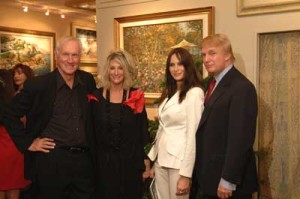 America’s “Master of the Palette knife,” Howard Behrens, opened his exhibit, “A Tribute to Monet,” at Ocean Galleries. Behrens acknowledged that Claude Monet had perhaps the most important influence on his works.

Also unveiled at the show was Behrens’ exclusive painting commemorating the 2002 Winter Olympics. 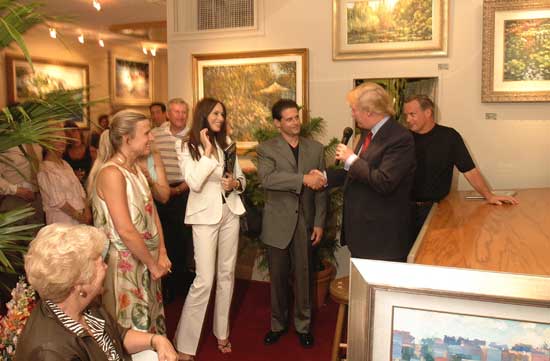 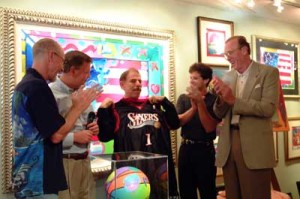 Founded in 1996, Sixers Charities serve the community and its children. By assisting organizations that center on youth, recreation, health and education, the club touches over 35,000 kids in the Delaware Valley each year. 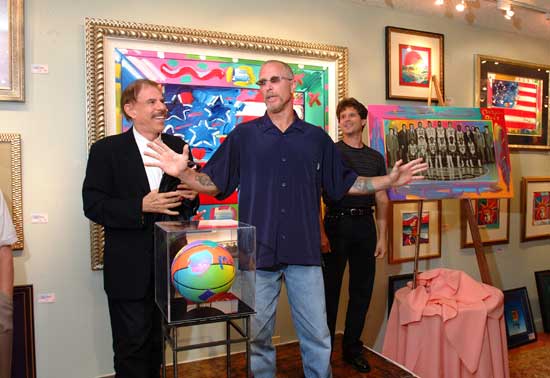 Pat Croce is flanked by Peter Max (left) and Josh Miller (right) as he unveils the Peter Max painting of the 1983 Sixers championship team and painted basketball.