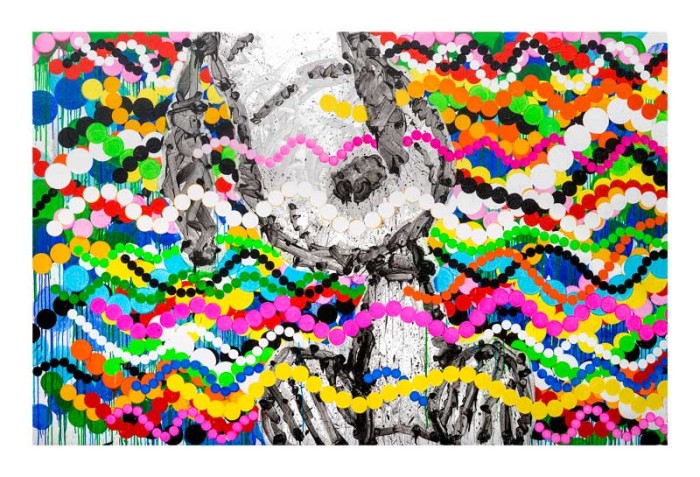 Special Update: Artwork from “The Art of Tom Everhart” exhibit will remain on display in Stone Harbor through Sunday, November 8.

World-renowned for his Charles Schulz-inspired paintings of the Peanuts©

STONE HARBOR, NJ – September 28, 2015 – Ocean Galleries is delighted to host the vibrant artwork of Tom Everhart over Columbus Day weekend. Best known for his visual subject matter inspired by legendary Peanuts© creator Charles M. Schulz, Everhart enjoyed a 20-year personal friendship with the cartoonist and an artistic relationship greatly valued by both men. A mutual respect developed so powerful that Schulz encouraged Everhart to carry forward his comic strip creations to the fine art form – and to extraordinary results. Everhart would become the only fine artist to be educated by Schulz in his work and also entrusted to create Peanut’s© artwork under his direction. Everhart’s Peanuts© related work went on to show at the Louvre in Paris and museum and gallery shows around the world. It will now be in Stone Harbor, NJ for a special four-day exhibition.

Classically trained as an artist at the Yale University of Art and Architecture, Tom Everhart graduated in 1976 and continued post-graduate studies at the Musée de l’Orangerie in Paris. His initial artwork focused on large-scale skeleton and nature-related paintings. In 1980, Tom Everhart met cartoonist Charles M. Schulz by chance when he was involved in a freelance project requiring him to draw and present Peanuts© renderings to Schulz’s studios. 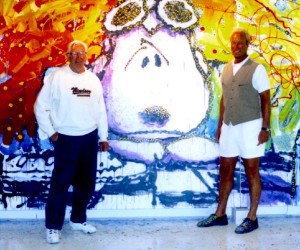 Having absolutely no education in cartooning, Everhart blew up some of the cartoonist’s strips on a 25-foot wall in his studio, which eliminated the perimeter lines of the cartoon box, leaving only the marks of the cartoonist. Schulz’s painterly pen stroke, now larger than life, translated into painterly brush strokes and was now a language that overwhelmingly connected to Everhart’s own form of expression and communication. Completely impressed with Schulz’s line, he was able to reproduce the line art almost exactly, which in turn impressed Schulz at their meeting. Although the commercial project would never come to be, from this meeting on, an odyssey of two artists would begin. 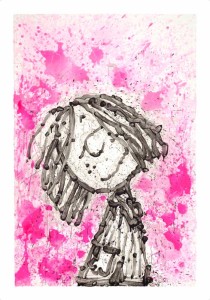 Everhart went on to paint alongside legendary Peanuts© creator Charles Schulz and is the only fine artist educated by Schulz. While still painting full-time on his previous body of work in his studio, Everhart began drawing special projects for Schulz and United Media, both in New York and Tokyo. These authentic Schulz-style drawings included covers and interiors of magazines, art for the White House, and the majority of the Met Life campaign. When Everhart was not painting, he was considered the only fine artist authorized and educated by Schulz to draw the actual Schulz line. 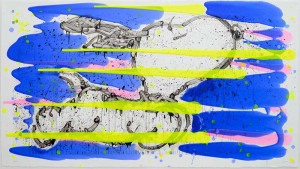 The paintings using Charles Schulz’s comic strip, Peanuts©, as subject matter began and replaced Everhart’s earlier skeleton and nature related paintings in 1988. In January 1990, Everhart’s Schulz related work went on to show at the Louvre in Paris and subsequently in Los Angeles at the L.A. County Museum of Natural History, in Montreal at the Museum of Fine Arts, in Tokyo, Japan at the Suntory Museum of Art, as well as Osaka, Rome, Venice, Milan, Minneapolis, Baltimore, New York, Houston, Chicago, Las Vegas, and Santa Rosa, California at the Charles M. Schulz Museum.

“It seems that I am more easily explained by what I don’t have than what I do. The most misunderstood thinking about my work is that I am licensed to create the images that include the copyrighted subject matter that has so influenced me through the teachings of my greatest friend Charles Schulz. I do not have a license, and have never had one. But Sparky [Schulz] did make certain to arrange a contract early in the development of the work that permitted me to use the subject for the ‘term of my life’,” explained Tom Everhart.

“Peanuts© is one of the most popular and influential in the history of comic strips, and certainly one we all grew up with and adored. And with the highly anticipated Peanuts© movie coming out in November, we thought the timing was perfect to host this exceptional exhibition,” said Kim Miller, Ocean Galleries owner. Tom Everhart was brought in before the making of the Peanuts© movie by Blue Sky Studios in New York to share his knowledge of Schulz’s line art with the full creative team. 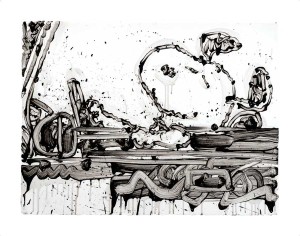 In addition to an extraordinary collection of artwork and custom-framing options, Ocean Galleries also offers a variety of hand-made crafts from local, regional, and national artists in America, such as glass, pottery, jewelry, and furniture. For more information or directions, call 609-368-7777 or visit www.oceangalleries.com

For 30 years, Ocean Galleries has provided quality art by contemporary artists to their clients while practicing the highest standards of credibility and integrity in a comfortable and unpretentious atmosphere. With locations in Stone Harbor and Avalon, New Jersey, the distinguished art galleries feature an ever-changing display of artwork that includes local artists’ watercolors, nationally recognized artists’ originals, popular beach prints, and limited editions. Ocean Galleries also carries fine furniture and hand-made crafts from America and around the world. Both locations have on-premises custom framing with design specialists and professional framers who can offer a wide selection of mouldings and an endless combination of traditional and custom-designed matting to complement and preserve any art. For more information, please call 609.368.7777 or visit www.oceangalleries.com