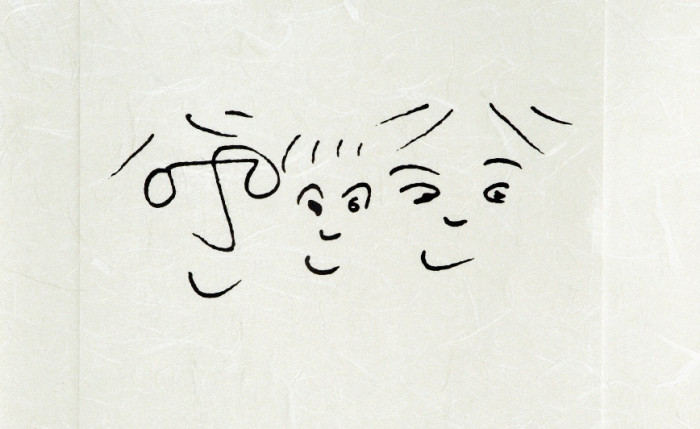 STONE HARBOR, NJ – June 3, 2015 – “Imagine there’s no hunger.” The upcoming exhibition of John Lennon’s artwork at Ocean Galleries (9618 Third Avenue, Stone Harbor, NJ) will support the artist’s philanthropic vision of a world free from hunger. Although the exhibit is free and open to the public, a donation of $5 or more per person is suggested, which will support the Southern Branch of the Community FoodBank of New Jersey.

“The Art of John Lennon” will be on exhibit and available for acquisition from Thursday, June 18 through Monday, June 22, 2015, with Ocean Galleries open daily from 10:00 AM through 10:00 PM. The gallery will host special receptions with the Collection Curator, Michele Rosen, from 7:00 PM until 10:00 PM on Friday, June 19, and Saturday, June 20, and from 1:00 PM until 4:00 PM on Sunday, June 21. Ms. Rosen, an authority on the artwork of John Lennon, will be in the gallery and available to the public, speaking on the exhibited works and providing insight into the history and stories behind the artwork.

Ms. Yoko Ono Lennon, who created the program, had the specific intent of helping local non-profit organizations in each city the exhibit visits. “We are happy to support the efforts of our local food bank in conjunction with this exhibition,” explained gallery owner, Kim Miller. “John Lennon was such an icon – known and beloved for his commitment to fostering peace and ending world hunger.” The Southern Branch of the Community FoodBank of New Jersey serves Atlantic, Cape May, and Cumberland counties. The Community FoodBank’s mission is to fight hunger and poverty in New Jersey by assisting those in need and seeking long-term solutions.

A little known fact, art was actually John Lennon’s first love, as he began drawing long before he owned a guitar. Like his music, his artwork celebrates human love and communication – two themes at the heart of his contribution to the art of the twentieth century.

The collection of art has been selected from rare archival sketches and is representative of John’s whimsical and thought provoking imagery. Each print is reproduced utilizing the sophisticated and detailed standards typical for archival fine art printing processes, guided, approved, and hand-signed by Yoko Ono.

While music will be remembered as his most popular art form, he loved both literature and his visual art, studying at Liverpool Art Institute from 1957-1960. He penned and illustrated three books: In His Own White, A Spaniard in the Works, and Skywriting by Word of Mouth.

As early as 1969, John began moving toward a return to visual art. He was primarily interested in drawing and favored the creative loose sketch, working in pen and ink. In 1969, as a wedding gift for Yoko, John drew the Bag One Portfolio, a chronicle of their wedding ceremony, honeymoon, and their plea for world peace, the Bed-in.

During 1986, Yoko Ono decided to share John’s artistic genius with the public by publishing the first in a series of prints entitled This is My Story Both Humble and True, followed with Bag One Continued…, Dakota Days, Karuizawa Series, and Japan Through John Lennon’s Eyes. These works are a commentary on John’s everyday life, his wife, Yoko, and their son, Sean. The drawings are whimsical yet poetic, loving portraits of their years together.

John Lennon attended the prestigious Liverpool Art Institute (1957-1960). He continued to draw throughout his life. Lennon’s primary medium was line drawing, in either pen, pencil, or Japanese sumi ink. He not only penned, but also sketched the drawings that became illustrations for three bestselling books.

The exhibit is free and open to the public. A donation of $5 per person is suggested, which will be given to the Southern Branch of the Community FoodBank of New Jersey, serving Atlantic, Cape May, and Cumberland counties. The Community FoodBank’s mission is to fight hunger and poverty in New Jersey by assisting those in need and seeking long-term solutions. They seek to engage, educate, and empower all sectors of society in the battle, and fill the emptiness caused by hunger with FOOD, HELP, and HOPE. For more information, visit http://www.cfbnj.org/about/

In addition to an extraordinary collection of artwork and custom-framing, Ocean Galleries also offers a variety of hand-made crafts from local, regional, and national artists in America, such as glass, pottery, jewelry, and furniture. All summer exhibitions take place at the Stone Harbor location of Ocean Galleries (9618 Third Avenue), which is open from 10:00 AM until 10:00 PM daily during the summer season. The Avalon location of Ocean Galleries (2199 Ocean Drive) is open from 9:00 AM until 5:00 PM Monday through Saturday. For more information or directions, call 609-368-7777 or visit www.oceangalleries.com