Snoopy Art and So Much More 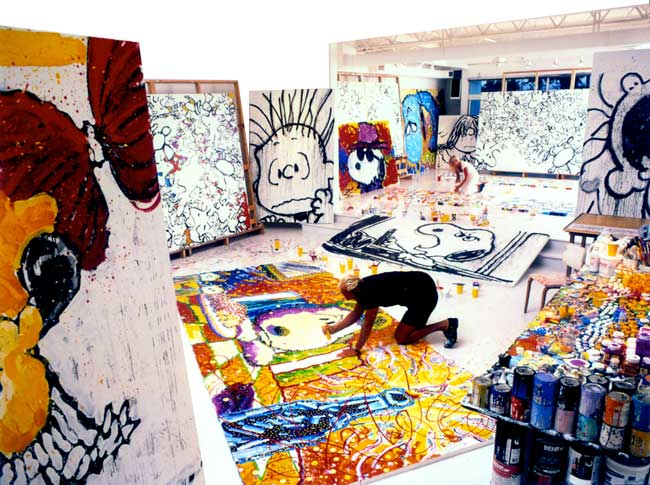 Fine artist Tom Everhart enjoyed a 20-year friendship with legendary cartoonist Charles M. Schulz, creator of the Peanuts© comic strip. It was a friendship based on mutual respect and admiration.

Tom is quick to point out that his pal, Sparky, was much more than a cartoonist and that his extraordinary artwork had similarities to those of famous Master artists such as Picasso and van Gogh.

In an interview for Artful Living, Everhart provides numerous examples of how Schulz’s line art could be compared to the Masters. He points out how Schulz left “clues” in his artwork, in reverence to other famous artists, such as painter Phillip Guston, to whom he paid homage in a Peanuts© cartoon shortly after Guston’s death in 1980. Everhart compares Schulz’s line art to other famous artists, such as abstract-expressionist painter Franz Kline and Dutch post-Impressionist master Vincent van Gogh. He also believes Schulz followed in the path of Pablo Picasso by making the features of the Peanuts© characters abstract.

Everhart points out that Schulz was able to explain complex ideas, such as time and space, in his artwork and that his art evolved over time as he removed spatial depth and began stripping the characters down to reveal the most essential and expressive versions.

More than a decade after his close friend’s death, Everhart continues to carry on the legacy with his Peanuts© inspired artwork. Everhart lectures around the world on the artwork of Charles M. Schulz and the unique collaborative relationship they shared, as a cartoonist and a painter.

Read more of Everhart’s comparison of Schulz’s works to the Masters.